GIRL POWER! Interview with the winners of ITS International Talent Support Awards 2018 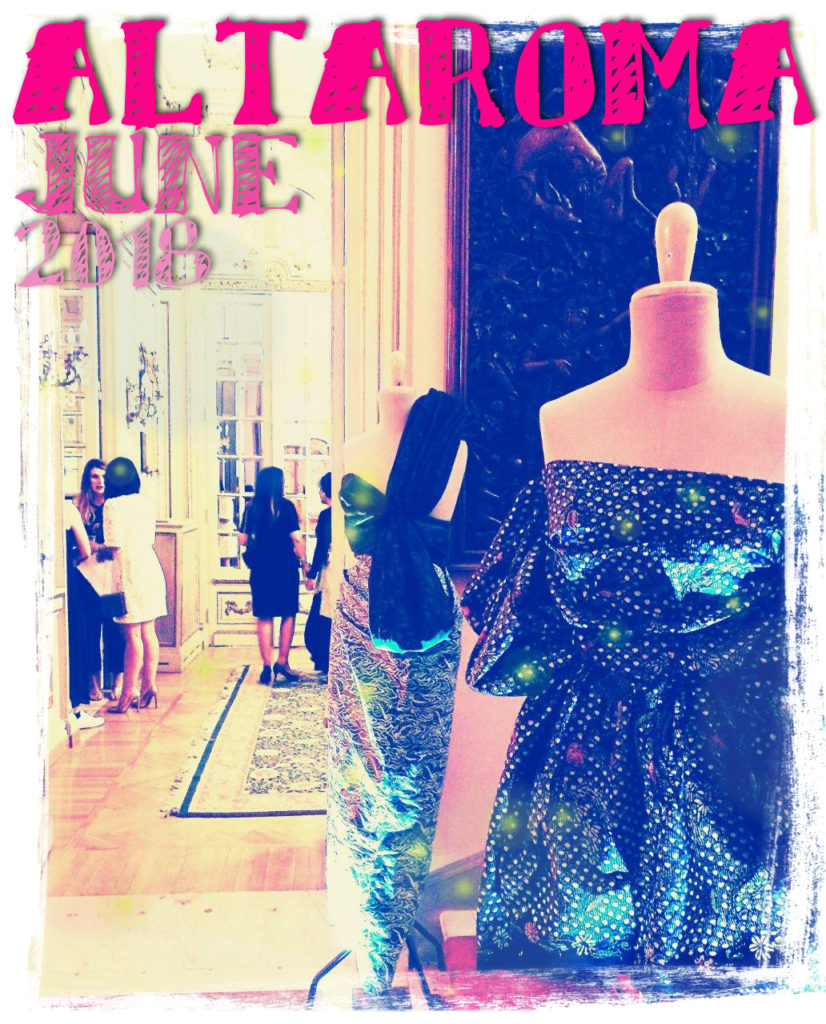 Italian fashion system looks to young generation to give new life to Haute Couture, supporting the talent of the best fashion schools’s students. Discover the most interesting graduate fashion show of Altaroma June 2018.
Altaroma fashion week ended focusing its attention on young designers. How? Giving support to fashion schools and giving them the possibility to showcase the graduate collections of their students in the Haute Couture schedule. Sunday, Altaroma’s last day, was interely dedicated to fashion schools, from the morning to the evening. This is the report of that day.
#DAY5
The
28th edition of “Concorso Nazionale Professione Moda Giovani Stilisti”,
a fashion competition opened to young students of all the Italian
fashion schools, organized by a collaboration between Altaroma, CNA Federmoda, RMI Ricerca Moda Innovazione and The One Milano, in partnership with many leading companies of fashion industry.

Besides
the contest, important part of the program was a series of workshops
and meetings with students to explain and investigate on new
technologies and latest trends of fashion design, with talks about
sustainability, innovation, research and tailoring tradition. 6 were the
categories of the competition, with a winner for each category, 23
finalists and great opportunities for everyone.
Sajith
Laskan Amaratunga, from Accademia di Costume e Moda in Rome, is
definetively the winner of the competition, winning the Medal of Italian
Republic President, a licence for the Kaledo software by Lectra and the
partecipation as special guest at Mozambique Fashion Week. The 2nd-year
student won also the prize for the category accessory and shoes and the
special prize “Serikos-Couture Origin”.

Worthy
of mention also the other partecipants: Rossella Leanza (Harim
Accademia Euromediterranea in Catania) – Federica Pironti and Silvia
Scarano (Accademia di Costume e Moda in Rome) – Ortensia Ambrosio and
Sofia Rossi Barattini (Istituto di Moda Burgo in Modena) – Alessia Di
Donato, Maria Marcaccio, Federica Verrocchio and Nicole Brandone
(Pianeta Formazione Moda in Pescara) – Cheyenne Aurora Mazzanti
(Accademia di Belle Arti in Roma) – Marco Rossi (Istituto Italiano
Design in Perugia) – Francesca Di Pietro (IED Rome) – Fabiana Liguori
(Accademia Koefia in Rome).
After
the presentation of the Young students was the time of two
international guests, supported by RMI Ricerca Moda Innovazione in
collaboration with Mozambique Fashion Week and the Festival des
Jeunes Créateurs de Mode in Tunis: Anche Mondlane from Mozambique,
presented a collection in which the colors of African prints are blended
with the blue shades of the night; Marwa Chtioui from Tunis, graduated
at Esmod Paris, created an almost totally black dramatic and scultural
collection, playing with textures and intricate oriental patterns.
In the late afternoon and evening 3 fashion shows one after another, all important to spotlight new interesting designers.
Very
surprising for the high quality and level of creativity was the fashion
of the young students coming from ACCADEMIA DI BELLE ARTI NAPLES with 8 designers who presented their graduate collections after the
course of fashion design:

In the late afternoon ACCADEMIA ALTIERI MODA E ARTE presented the show “Fashion Frames Works 2018”, showcasing the creations of the all years students, with different inspirations.

The
first year students played with the contrast between transparent
plastic and raw fabrics enriching the garments with embroideries and
decorations, the 2nd-year students made a tribute to the great
Gianfranco Ferré, working on the conceptual and structured white shirts
turned into scenic dresses in organza mixed to Prince of Wales fabrics.

The
third year worked on sartorial details, embroideries and pleats to
create three-dimensional effects. Besides of a fashion show, there was
also a contest won by Valerio Cerri, whose sparkling dress was rewarded by the Haute Couture designer Giada Curti.

For  a beautiful ending of my Altaroma’s experience, for the evening I’ve received an invite from Antonio Lo Presti of ACCADEMIA KOEFIA,
to assist in the vip zone of the stunning and fascinating location of
Indonesian Embassy to the fashion show of the 2nd and 3rd year students.
The event, called “Summer Fashion – Appunti di Couture” is the
result of a collaboration between the embassy and the academy intended
to promote a cultural exchange between our two countries.

In
the beautifully furnished exotic salons the model walked slowly to
allow the guests to admire a collection focused on shirts, corsets and
trousers, all perfectly realized by the students from the pattern to the
smallest details. Particularly beautiful were the palazzo trousers (my
secret passion!) in precious fabrics. In collaboration with Lectra and
Balenciaga the more worthy young designer Maria Grazia De Gregorio was awarded with a 6-months internship at Maison Balenciaga and with two softwares by Lectra.