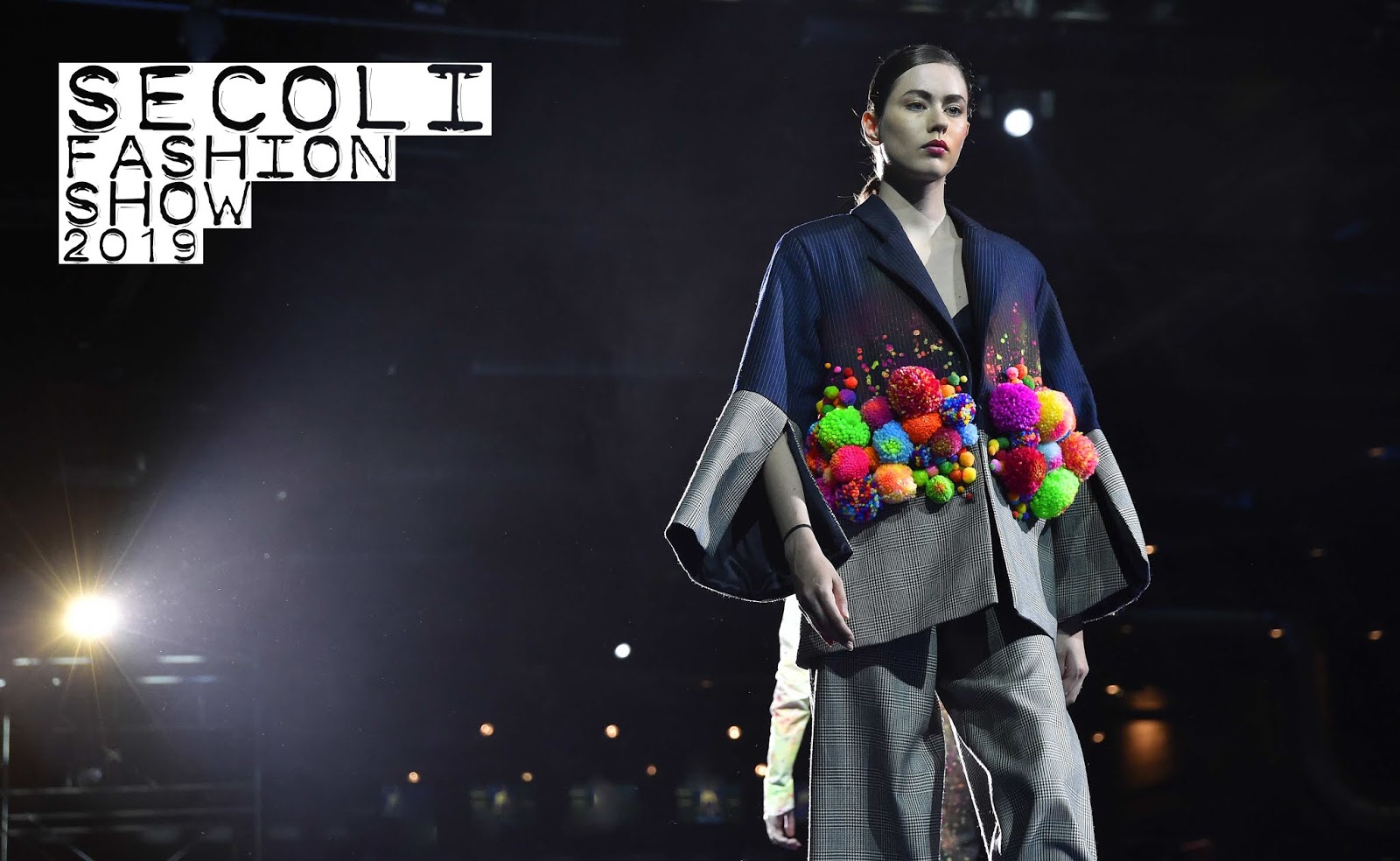 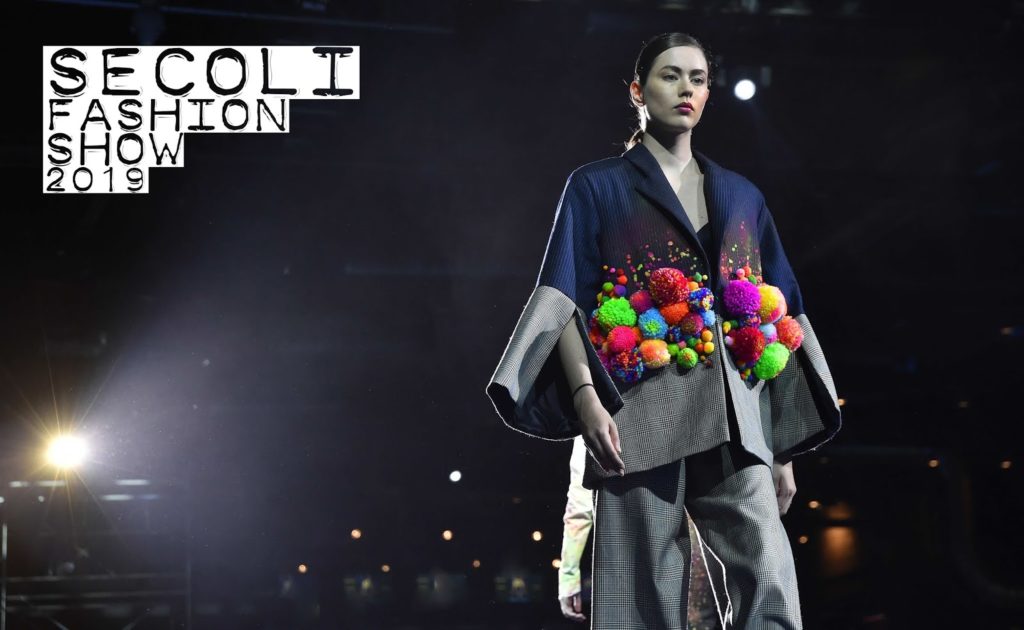 The “Secoli Fashion Show” is always a great event recalling a large audience, talent scouts and mass media. Once again Istituto Secoli, one of the most important Italian fashion schools, brought on catwalk 3 “Designer to Watch” and its students with the beautiful graduate collection “Still in Mind – Fermo Immagine”, a brave and powerful vision of innovative imagines, textile experimentations and a lot of black & white lighted by flashes of ultra-bright colors.

The “Secoli Fashion Show 2019”, this year arrived at its 36th edition, it’s one of the most important and awaited events in the landscape of Italian fashion education. As demonstrated by the hundreds of guests attended the show organized last week by ISTITUTO SECOLI in the famous discotheque “Alcatraz” in Milan, but especially by the many fashion companies, talent scouts and journalists who were there to see the new proposals of the school’s students.

After the last lucky edition, also this year Istituto Secoli presented the project “Designer to Watch”, selecting from its just graduated ex-students 3 young talents to showcase their capsule collections. While in the last year we’ve seen on catwalk the creations of Filippo Todisco, Federica Zaletti and Greta Moroni, now it was the turn of Xinya Li, Tongchao Liang and Sofia Agnoletti.

XINYA LI, with her “8844.43 Rhapsody” brings us over the peaks of Everest, where the peaceful calm of the mountains contrasted with the flashing primary shades of Tibetan art and the geometric shapes of ethnic clothing revisited with an ultra-glam twist.

TONGCHAO LIANG proposes a menswear collection, entitled “Floating in Time”, inspired by the photographies of Mike Dempsey, in which the characters live a surreal absence of gravity, as for the garments and accessories realized by the young designer, which float and move in the space following strang natural forces.

The tactile concreteness of the architectural sculptures of Rachel Whiteread, for SOFIA AGNOLETTI and her collection “Inside”, becomes the way to make tangible the hidden elements of clothing, like seams and inner parts, and to give at the same time a refined and raw aspect to the slade-powder fabrics.

After the three “Designer to Watch”, it was the time of the final year fashion show of the students. The inspirational theme “Still in Mind – Fermo Immagine“ it was really intriguing and developed through more than 100 outfits divided into 5 micro topics, as in a real narration in which the imagines captured by our fantasy and became part of our memory are materialised into highly evocative shapes and colors.

In “Still in Place” the collection passes from the steadiness of rigid and structured pieces, moved in surface by innovative needle-punching embroideries which transforms the texture of fabrics, to the fluid lines of almost minimal outfits, just enriched by some draping and sinuous movements emphasized by pastel shades.

In “Still in Art” the color has a a greater expressive freedom, represented by a Pop imaginary made of pom-pom, multicolor threads and splash brushstrokes, for going then through the extreme contrasts of black and white, which represent a more intimate vision in which the non-color becomes a tridimensional shape overlapping the body.

“Still in Photo”, realized in collaboration with Moncler, stops the imagine of the movement created by sport gesture. The hyper-colored and padded skiwear garments and the climbing ropes are combined to the traditional fabrics of men’s tailoring, creating an effective mix and hybridizing the clothing genders in an extremely contemporary way.

“Still in News” was probably the strongest moment of the show and surely a very brave theme. In the mind of the young designers run the imagine of daily news that speak about immigration and social emargination. So the life-jackets and the thermal blankets given to immigrates become padded and shining garments which scream to catch our attention. While the invisibles, the emarginates, are represented by exasperated geometric volumes, overlaps of flounces, rips and tatters of fabric and chaotic patchwork effects.

“Still in Movie” closed the fashion show with black and white outfits inspired by the silent movie “The Cabinet of Dr. Calligari”. The mood became almost dramatic, the shapes recalling the 19th century drama, while as in a real storyboard, the comic imagines e writings printed on the garments freeze the movie scenes and the characters in our memory.