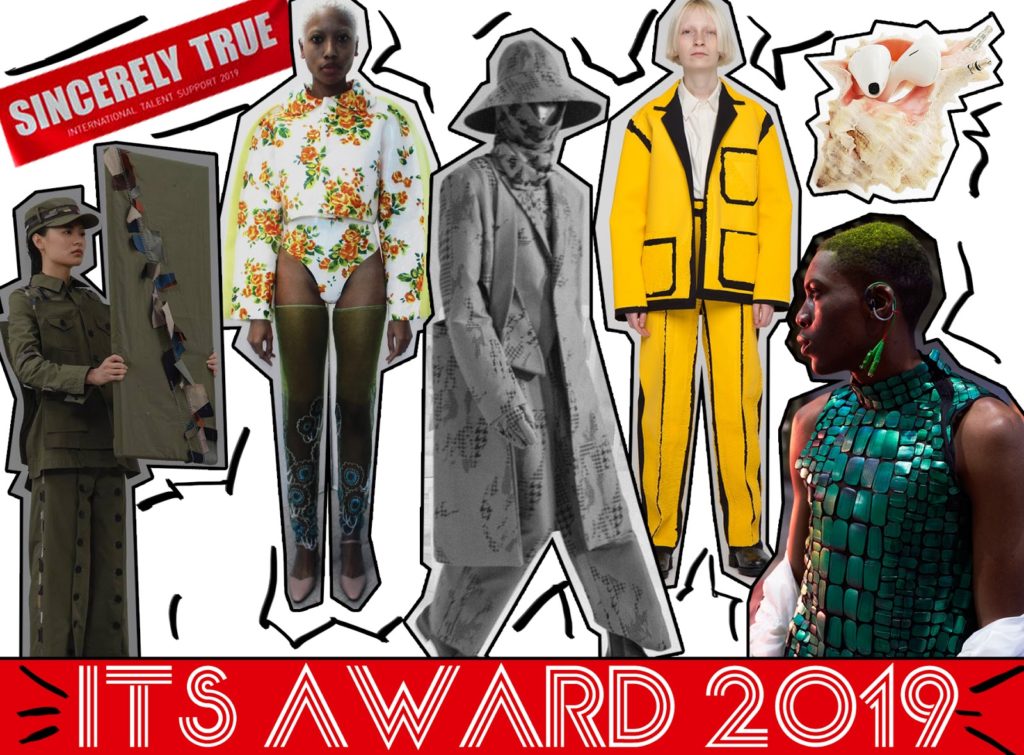 Always one step ahead in the research of the new talents of fashion and accessories design, once again International Talent Support surprises us by selecting and rewarding the most genuine creatives of the next generation. ITS Award 2019 is an open window on the future, offering us a new perspective on a more sustainable, fluid and sincerely true world. Here the 6 winner of this famous fashion competition.

ITS International Talent Support Award is always an unmissable appointments for who wants to discover what’s new in fashion. The fashion contest, organized since the last 18 years by Barbara Franchin and the agency EVE, thanks to its international scope and renowned relevance, every year attracts the most talented designers from all over the world. This time partecipated more than 800 just graduated students and emerging designers from over 80 different countries.
Their creative proposals will enrich the already important archive of ITS Arcademy, the new-born space in Trieste dedicated to fashion archives, educational training and exhibitions. A collection of 18000 portfolios, with all the outfits and accessories created by the finalists from the beginning of the contest until today.
The inspirational theme of this year, “Sincerely True”, was developed by all the finalists in different ways. What emerged by the hundreds of portfolios arrived in the headquarter of EVE agency, is a new point of view on the nature of humanity, no more divided into genders and classes, but fluid and sincerely worried about the future of our planet.
It was an hard work for the jury, formed by important professionals of the sector, fashion journalists, headhunters and designers, to select the winners among 27 really talented finalists. But yesterday evening at Magazzino 42 in Trieste, after a special exhibition and the final fashion show, the winners were finally announced.